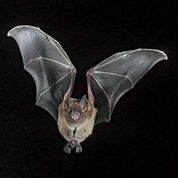 Whether bats carry rabies should not be a contentious issue because it is true, bats do carry rabies. Just like any other mammal, bats are a common rabies vector not just in North America but in many parts of the world. What is surprising is that over the many cases of documented rabies infection, most of these infections can be traced back to bats. In North America bats are the #1 rabies transmitting animal, in Europe and parts of South America dogs are the #1 rabies vectors. This is due to the population and species of bats we have here in the USA, which include the common Little Brown Bats, Big Brown Bats, Brazilian Free-Tailed Bats, Evening Bats, and 9 others.

The reason why there are a few rabies infections from pets such as dogs is because most people take their pets for vaccination a few times in a year. This process prevents any form of infection from diseases such as rabies. If bitten by an animal such as a raccoon, most people are aware of the fact that such an animal could have rabies hence the need to seek medical assistance. The same cannot be said about bats. Most bat bites go undetected because they have small teeth. This means that people are less likely to know that they have been bitten by a rabid bat until the symptoms start showing. Despite from all of that, bats are considered more beneficial to people and the environment than they are a nuisance. This is because bats feed on a significant number of harmful agricultural pests and other insects such as mosquitoes. There have been very few cases of human rabies reported in the recent past.

Most rabies infections from bats are mainly when people attempt to pick up sick bats with their bare hands and get bitten in the process. There is also the issue of strains. Medical research has established that rabies comes in different strains. It has further been established that humans are more susceptible to certain types of strains than others. In the U.S today, the most rabies vector bat is the silver haired bat. However, this bat is not common as compared to other bat species such as the little brown myotis and the Brazilian free tailed bat.

In Michigan State for example, the rate of bats with rabies is very high compared to other states in the U.S. This situation is a serious health concern considering that the transmission of rabies from bats to human is not caused primarily by biting as it is with rabid dogs. However, any direct contact with bats is a potential exposure to rabies. It is therefore important to avoid any form of direct contact with bats in order to reduce the chances of contracting rabies that can lead to adverse health effects on people and pets.