To Be Personally Referred To A Wildlife Control Company In The USA, Email Luke 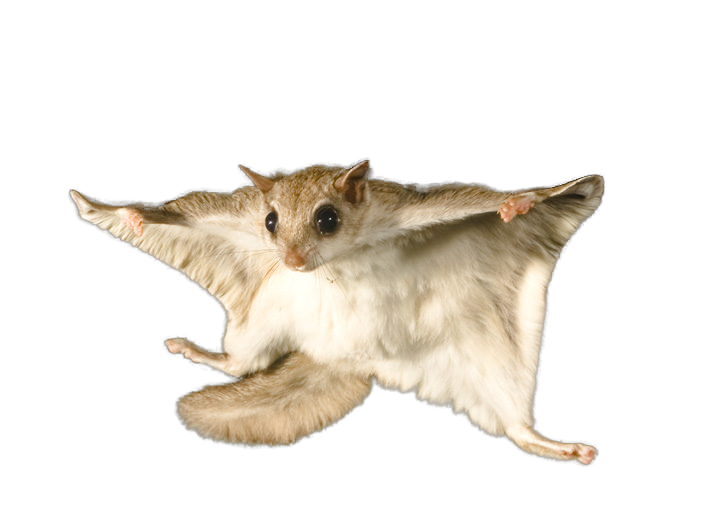 Flying Squirrels Removal From The Attic

Just like bats, flying squirrels live in a colony which is why they are considered as colonizing animals. Flying squirrels love to live in abandoned buildings as a way of escaping from disturbance created by humans and protection from predators. Once in a while, these animals can find their way into your house and make your attic their home. Surprisingly, most people are not even aware that they have some nocturnal animals living in their attic until they start hearing noises at night coming from the attic or chimney. Flying squirrel removal is handled in a very similar way as bat removal; where one-way exclusion devices are put over the main entry spots the flying squirrels are using to gain access. All other areas on the home where gaps are exposed must also be sealed up to prevent future infestation of flying squirrels and other nuisance animals such as mice or bats. Trapping methods can also be used.

Some common nuisance concerns related to the flying squirrels include

Being social animals, their nuisance concern is in form of the noise and odor coming from their habitat. One flying squirrel in the attic can produce little noise that perhaps can go unheard for a very long time. However, over ten flying squirrels living in your attic or chimney can cause quite a disturbance. Just like bats, squirrels, and raccoons, the flying squirrels are known for chewing on wood siding and electric wires in the attic, a situation that can cause massive destruction to your house if left unaddressed. Flying squirrels do not chew as much as other species of squirrels, so the ability to perform live-exclusion becomes more of an effective tactic, where red or grey squirrels would simply chew their way back inside the attic. 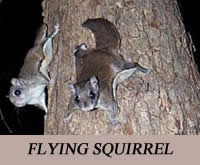 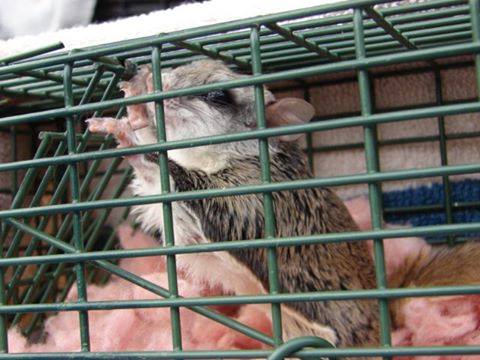 Homes that are close to forest woodlands are the most susceptible to animals such as the flying squirrels. All it takes for such squirrel to access your home is just one gap, and suddenly you have a number of occupants sharing the house with you. The situation gets even worse in the case of flying squirrels because they are colonizing animals, and once one of them goes in the attic, others are sure to follow. Being smaller in size than the normal squirrels, flying squirrels can gain access into your house through very narrow openings. What then is the best defense to protecting your home against any kind of intrusion from flying squirrels? Either hire a professional wildlife removal company, or refer to below content.

The first step you should take as a homeowner is to ensure that the exterior of your house is routinely checked for any openings that may attract intrusion from flying squirrels and other potential animals. Flying squirrels are great climbers too and for this reason, it is important to check the overhanging trees and roof outcropping. Most homeowners often resort to using poison in order to get flying squirrels out of the house. While poisoning the animal may appear as the best and most effective way of dealing with the flying squirrels, it might leave you as the homeowner staring at even a greater problem; that of a bad odor coming from the dead squirrels. What then happens if there are a group of squirrels in your attic or chimney? Flying squirrels are intelligent creatures and the older ones may not be interested in the poison due to the younger ones dying from it. The odor can also attract other nuisance animals such as mice and other carnivorous species of wildlife animals.

You can theoretically use poison to get rid of flying squirrels, but just like any other animal, poison does not kill the flying squirrels instantly. This means that once poisoned, the animals will retreat to the innermost and narrow spaces of your attic. When they die from the effects of the poison, there is absolutely no way you will be able to get to the dead animal and remove it outside. Especially if there is a colony of flying squirrels, your home will literally become a stink bomb. Using poison for flying squirrel control means that the animal will rot while in your attic once dead, and you will have to deal with the problem of bad odor for a long time, unless you find a lasting solution to the odor problem, which isn't such a likely resolution. Imagine having over ten dead flying squirrels rotting away in your attic notwithstanding the fact that larger animals take relatively longer for their bodies to decompose after death. Simply sitting back and waiting for the smell to go away is not such a realistic solution to the odor problem. That being said, poison for flying squirrel control is not an advised method among professionals.

Getting rid of flying squirrels is not an easy endeavor. In fact, commercial companies often trick homeowners into buying different repellants or deterrents as a way of getting rid of the flying squirrels. However, such repellants have proven useless over the years. There are also home remedies such as mothballs that have proven to be ineffective too, despite the sustained efforts to sell the said remedies and lasting solution to the flying squirrels problem. If you want to know why using ultrasonic emitters, chemical sprays and other commercialized remedies to the squirrel problem has failed, think about what you would do as a human in the same scenario? If you had a choice to live outside in the cold, or deal with various sound emitters, foul odors, and other things, which would you choose? The same applies to flying squirrels. They aren't going anywhere.